On her 3rd day in Ormoc, Carol Hanlon of TCF Western Australia met with the Rotary Club of Ormoc Bay. ROC president Anna Bumagat and Aileen Suarez discussed with Carol the possibilities of ROC assisting TCF Ormoc in any way they can. The meeting that day was very productive with ROC even going to the extent of making TCF Ormoc (under OCCCI) a partner in one of their programs. Cool! 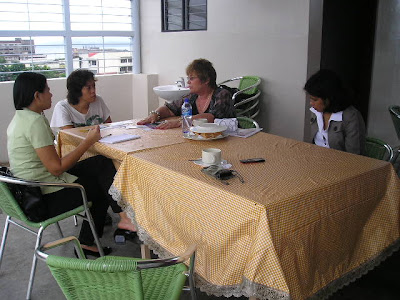 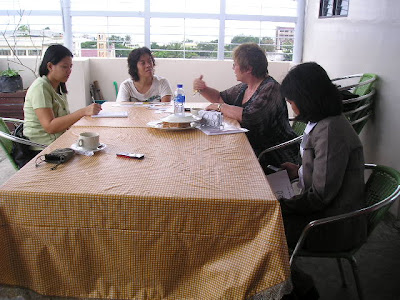 Later in the day she also met with Michael Berndt, president of the Rotary Club of Ormoc Bay. It was again another productive meeting with Michael there who's together with his wife, Imelda Sacay, were very supportive of the project.
OCCCI will have very good partners for the Textile Clothing Footwear Ormoc project.
Good Luck to all of us!
Posted by Just About Anything and Anyone at 1:30 AM