The designer with a heart...

"Pia Gladys Perey, the designer behind the label White Kitten, was born and raised in the country town of Tagaytay in the Philippines. As a child Pia was exposed to fashion, sewing and pattern making through her grandmother. Pia would spend her school breaks not playing with her friends but watching her grandmother make clothing patterns. Pia has worked for various fashion companies – both retail and made to order before launching her own label white kitten. 2007 was a major milestone for Pia when her label was featured at ‘The Source’ of the Rosemount Australian Fashion Week in Sydney, Australia. Since the launch, White Kitten has gone on to be featured in Rosemount Australian Fashion Week at the New Generation fashion show during 2008, and the Ready To Wear show during 2009.
Pia’s work has been featured and reviewed in Fashion TV and by top fashion magazines and newspapers in Australia and South East Asia such as Who Australia (Aug 09), Stella Magazine Philippines (Jun 09), Mx (Jul 09), Sense and Style Phils Cover (Sept 09), Passions Malaysia /Singapore May 09), The Sunday Telegraph (April 27, ‘08 issue), Fashion Journal (June and July ’08 issue), Cleo (July ’08 issue), international forecasting magazine Fashion Trend (second quarter ’08 and 09 issue, Australia and Milan), and Elle Hong Kong (July ’08 issue), Harper’s Bazaar Indonesia (Dec 08). Pia was also cited by local publications in the Philippines as one of the top 10 designers in the 2007, 2008 and 2009 at the Philippine Fashion Week. Since 2007, White Kitten has exploded onto the international fashion scene with sales made in Australia, Indonesia, Malaysia, Philippines, and Singapore with further interest in the label showed in New Zealand, Europe, USA, and other parts of South East Asia." - http://piagladysperey.net/about-us.html 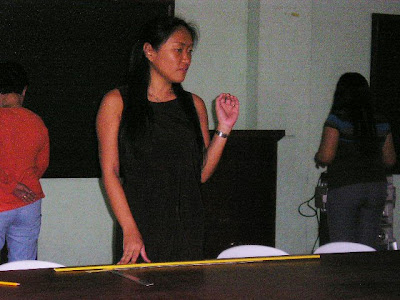 Pia came to Ormoc on invitation of Carol Hanlon, TCF Ormoc sponsor and adviser. At the Pattern-Making Training of the Ormoc Fashion Festival in January this year, she inspired the 60 livelihood center coordinators and cutters of her humble beginnings. She spoke of how she started as a designer and struggled until today when she is able to parade her clothes in prestigious fashion festivals and events internationally.
Acknowledging this, she did not hesitate to come to Ormoc to help the village-level sewing centers. She not only said yes to Carol to show off her recent collection, she even volunteered to bring her pattern-maker and ramp modelling assistant. 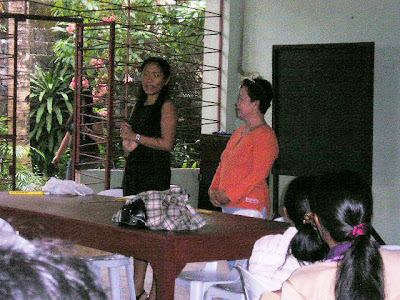 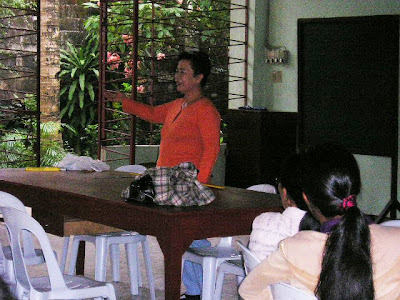 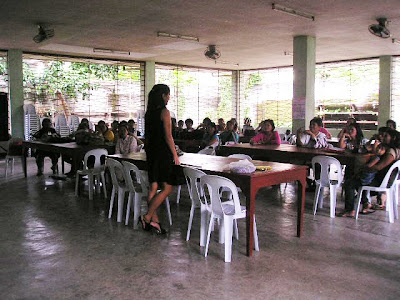 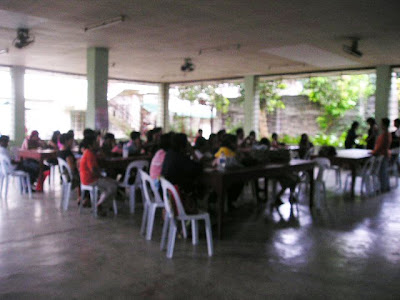 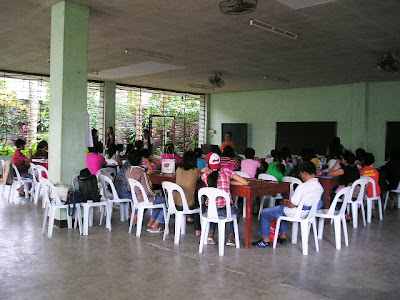 The women said that they are very thankful to Pia and Carol for the training. They learned sewing secrets that they haven't yet encountered and which are not as easily offered by other dressmakers. 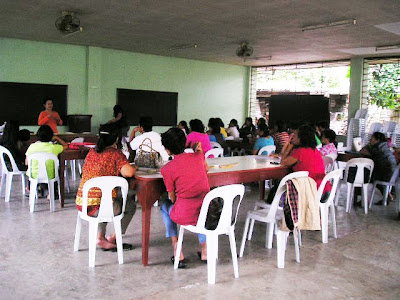 Posted by Just About Anything and Anyone at 1:32 AM