With funds provided by NorAsian Energy's Dr. Jaap Poll, TCFOC is hitting two birds with one stone. Instead of hiring 1 full-time Barangay Monitor, we instead accepted youth volunteers who could not proceed schooling because of financial constraints. With the allowance that TCFOC provides, they will now return to school on June. 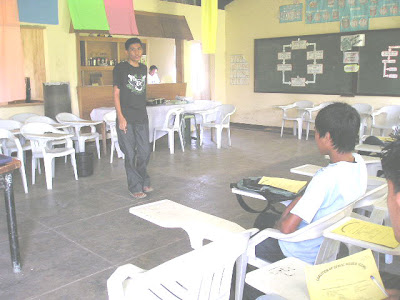 Fred wants to enroll in Hotel & Restaurant Technology at
the Eastern Visayas State University. This classroom is
the main classroom of the program under Mr. Basas who
is seen here working at the back of the room. Fred is 17. 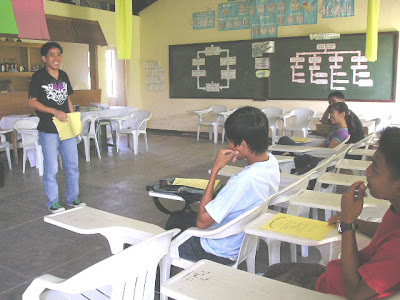 Eling, shifting from B.S. Agriculture Business at the
Leyte State University in Baybay, Leyte, to Hotel &
Restaurant Technology at the Eastern Visayas State
University in Ormoc City is seen here introducing
himself. Eling was at the PFI-LEYAN Summer Youth
Camp 2008. 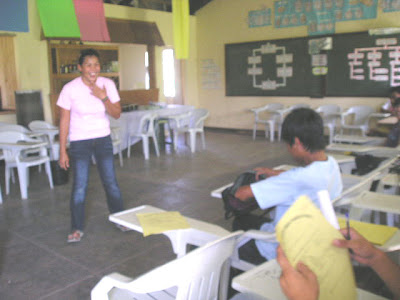 Jennifer is set to enroll in 2nd year high school at the
Ormoc City National High School in Ormoc City. She is 17. She is
transferring from Ipil National H.S. She is a member of
the 90-strong youth group OSOC (Ormoc Samuka Oi Clan). 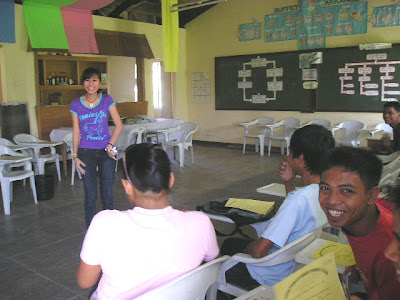 Karen is graduating soon from B.S. Commerce major in
Management. She is 19 and the daughter of the COW
Coordinator. 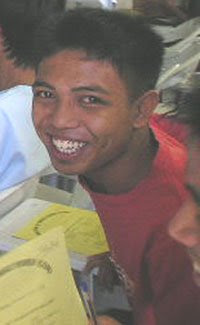 Dodong as he is fondly called
actually is Michael Francis.
He will be back to school from
a long hybernation and be
enrolling in 2nd year high
school at the Ormoc City National
High School - the school that
does not want him back. Let's
see if the COW coordinator can
use her "heart" power to
secure his enrollment. Dodong
was the loudest at the PFI-LEYAN
Summer Youth Camp 2008. 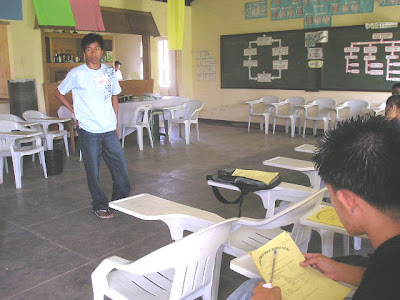 Greg was a sugarcane plantation child laborer. He was
"rescued" by ECLIPSE from labor to classroom. He
will be enrolling in Hotel & Restaurant Technology under
Mr. Basas. He is 19 years old.


Glenn was absent in the orientation because he is still holed up in his internship at the Philippine Associated Smelting and Refining Corporation (PASAR) in Isabel, Leyte. One more semester and he'll be a Mechanical Engineer. He is enrolled at the Eastern Visayas State University in Ormoc City.

Posted by Just About Anything and Anyone at 4:05 AM