With so much pride and glee I am presenting here Pia Gladys Perey’s 2010 Spring Summer Collection. 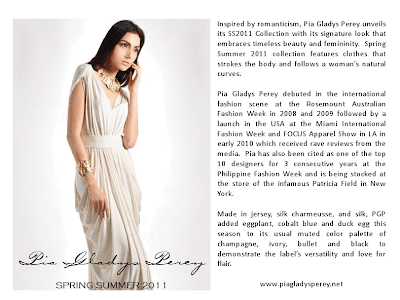 I remember Carol Hanlon, TCF Ormoc Mentor, Primemover and Inspiration, having responded to Pia’s request to participate and present her collection in an Australian Fashion Week. It was in one of the emails that were shared by a few among us.

In 2009 she was invited by Carol to come to Ormoc to showcase her designs and even brought her modelling assistant to train STI students to model her collection and the clothes made by women being assisted by Carol’s TCF Western Australia and master dressmaker to train the TCF Ormoc women on pattern-making.

She then went on to parade her dresses in different fashion festivals in the world.

On August 6 Pia posted on her Facebook page this:

And since, it has attracted 43 comments as of this writing. This wonderful news came a day after she came back from the hospital being gifted with beautiful twins.

Below is from one of her emails to us:

Pia Gladys Perey debuted in the international fashion scene at the Rosemount Australian Fashion Week in 2008 and 2009 followed by a launch in the USA at the Miami International Fashion Week and FOCUS Apparel Show in LA in early 2010 which received rave reviews from the media. Pia has also been cited as one of the top 10 designers for 3 consecutive years at the Philippine Fashion Week and is being stocked at the store of the infamous Patricia Field in New York.

Some of her 2010 Spring Summer Collection are featured below: 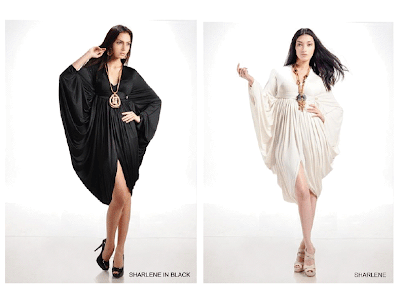 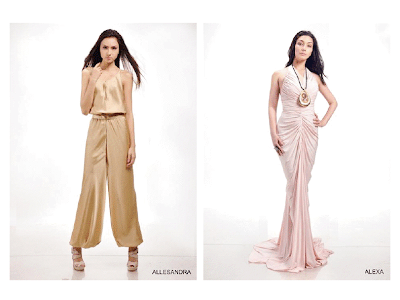 Posted by Just About Anything and Anyone at 1:00 AM