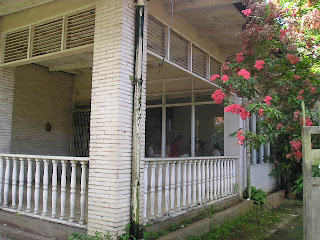 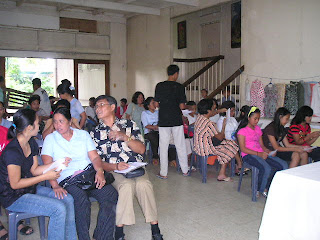 Two males and 9 females graduated from the Inopacan ministry in 14 Saturdays and in Ormoc 13 women finished a grueling 18 Saturdays of training. 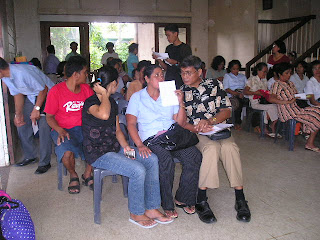 The graduation rite started with an Opening Prayer. 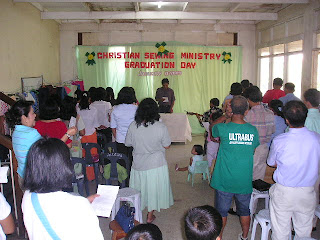 After the Opening Prayer another pastor from the Inopacan ministry read passages in the bible that concerns clothes like the multi-colored coat of Jacob's son, Joseph and the intricacies of that story which almost all christians know.
I am a practicing catholic and I regularly hear mass on Sundays and I was just amazed observing two hours of what we call in catholic lingo as "homily".  Two hours just listening to the story of Joseph that I have heard since I was in Grade 2.  The most amazing part is that I never saw a soul asleep!  I say wow!
Right after the homily the program started with Bobong's message.  He narrated how he became involved in TCFOC.  He recalled that he wanted to provide his fellow church members with a hook and line rather than fish caught by the hook & line.  But he said, he wouldn't have done it without the support of his lovely and loving wife Aque.  He reminded everyone not to be market-oriented but rather serve the sewing needs of their villages foremost.  This way, they will also help the church because they will now be able to afford to give tithes. 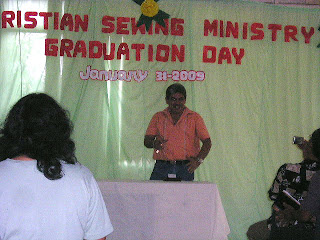 Bobong knows his bible, too.  He said that "we are doing this because we want to work out our own salvation rather than just wait for it to happen".  He encouraged everyone to go on with their respective organizations and take good care of what they have just learned.  He said that he was reminded by Proverbs 21:21 and almost tearfully brought home the point of how January 31, 2009 was a memorable day for him which he hoped would also be memorable for us all present in that graduation day.
The teachers/trainers did their share of talking too: 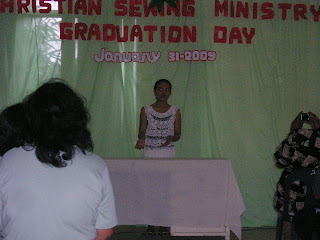 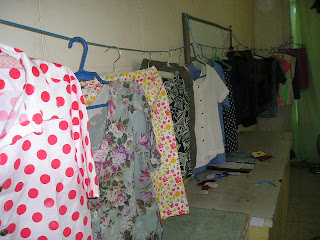 The Ormoc ministry teacher, Mrs. Ormencita Mahusay spoke about how her sewing sent all her children to finish a degree.  She advised not to aim for wealth but to help our fellow for God's glory.
Posted by Just About Anything and Anyone at 7:38 PM